Anil was doing his bachelor studies in management from Jackson State University, where he graduated in 1981, and after finishing, he moved to Long Beach, California, to expand his career with New York Life.

He has continued his insurance business for the last 39 years and has been awarded prestigious credentials and laurels from companies and customers for his exceptional personalized services and the quality of these relationships.

Anil Patel has been a life and qualifying member of the Million Dollar Round Table (MDRT) since 1981 and was the President of the Long Beach Life Underwriting Association in 1989. Anil was given the Club 21 award, one of the highest awards in New York Life for 18 years.

During his time at New York Life, Mr. Anil Patel was also awarded the National Quality Award, the National Sales Achievement Award, and was also among the Top Agents ranking in at 75th over 7000 agents nationwide. 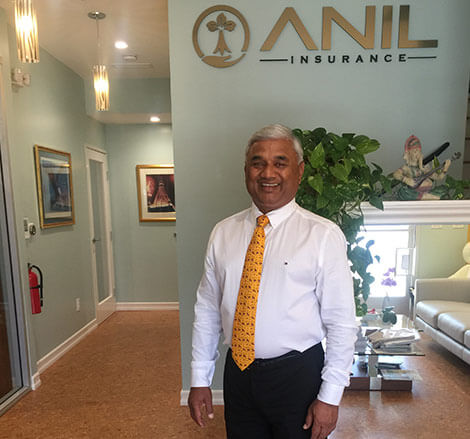